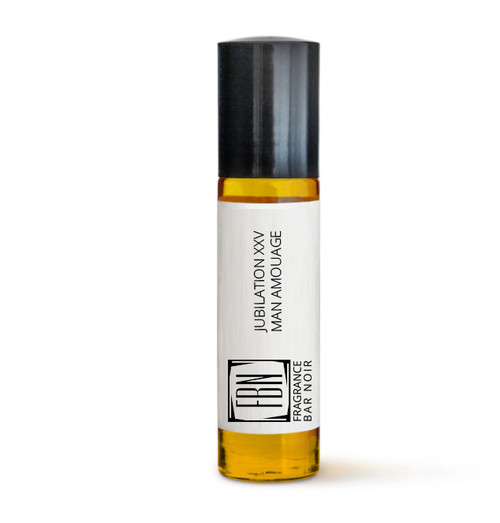 The silver frankincense weaves through burnished woods, luscious fruits and blood-warming spices. It teases the elusive rock rose and the ever-so-grand orchid and wraps itself around luxurious opoponax and amber. The opening is sweet and honeyed, with a hint of bitterness that reminds us of the aftertaste that lets you know when a fruity liqueur is going to pack a wallop. As the scent mellows, it becomes richer and the wood notes become prominent. In spite of the litany of intense and dark-sounding notes, this never becomes Gothic or moody. Frankincense, labdanum ciste, coriander, davana, blackberry, orange, gaicwood, rose, honey, bay, orchid, cinnamon, clove, celery seed, opoponox, patchouli, myrrh, musk, moss, atlas cedarwood, ambergris, oud, immortelle.  Imported Fragrance body oils have natural ingredients and last 3 to 5 times longer than typical Fragrance / Body oil. Imported from Dubai, Spain, Egypt ect... If you want to stand out from the rest. Try one of our many exotic scents. A complex herbal blend infused with six essential oils.  Perfume Attars are Some of the Best Perfume Oils available, especially for those in search of Natural Perfumes. They are considered to be Some of The Best Perfume Oils in the world, they are worn and made mostly in India, Pakistan and the Middle East and now they have started to become known in America as well. Some of the best ones are Maj mua Oil, Bint el Madina, Jannatul Firdous, Patchouli Oil, Superior Egyptian Musk and More. They consist of different varieties such as Rose Oil, Musk Oil, Amber Oil and Flower Oil. Now since they are all Natural Organic Perfume Oils, they can be worn on the skin or clothing and they can also be used just as Body Oil, Scented Oil,  Aromatherapy Oil and Essential Oils as well, most of them are very strong and only takes a drop to be applied, more examples of the attar's below. Champa Oil - Champa Flower Oil is a fresh herbaceous, sensual, Flower Perfume Scent Similar to Lavender, Magnolia and other Flower Scent Perfumes. Champa Flower Oil is very soft and can also be used just as Aromatherapy Oil and Essential Oils. Just like Rose Oil and other Floral Scented Oils, it is very soft and sensual. This is one of my best fragrances, it is light yet strong, one drop of this perfume oil goes a long way. Maj mua - Maj mua Oil is one of The Best Perfume Oils ever created in the world of Natural Perfumes Oils. Maj mua Oil is an exquisite blend or gathering of Woody, Floral, Musky Perfumes. The deep and soothing Scent of Maj mua has been described by many as having a calming effect. Maj mua Oil is one of the most popular perfumes in India as is Patchouli Oil. It is a deep relaxing Perfume Scent that can be used for Aromatherapy and Therapeutic meditation purposes. Maj mua oil was created by Mr. Ismail Mohammadali Attarwala, a master perfumer, who spent nearly 18 years perfecting his creation. The fragrance is enjoyed by millions of people in India and around the world. The word itself has become so popular that sometimes any Attar or Indian Perfume is referred to as Maj mua. This is one of The Best Perfumes on the site, Truly a work of art. Amber Oil - Amber Perfume Oil is a classic , Sweet, Rich,  Amber Scent.  A very exotic Indian Perfume oil just like Patchouli Oil and Maj mua Oil. Amber itself is a mass of tree resins coming from the resinous tree which is native to India. Amber Perfume Oil is also very popular throughout places like India and other places. It has a very light sensual smell to it that has a calming affect to anyone using it as Aromatherapy Oil and Essential Oils. Bint El Madina - Bint El Madina is a rich woody musky note. This is one of the best Perfume Oils I have ever come across, truly a work of art, enjoyed by millions of people throughout the middle east and specifically in India. Bint El Madina is made very similar to Amber Rose Oil and Patchouli Oil it is a dark brown in color with a rich fragrance smell that will get a lot of attention from those around you, one drop goes a long way.

Oud for Greatness by Initio Parfums Prives for women and men [Type*] : Oil